To this day, I wonder why my musical tastes took a left turn from bands like the Bay City Roller to art collectives like the Residents once puberty hit. Was it hormones? An allergy?  Or was there something genetic going on that was driving me to the music of Ralph Records, or Jad Fair or SPK? 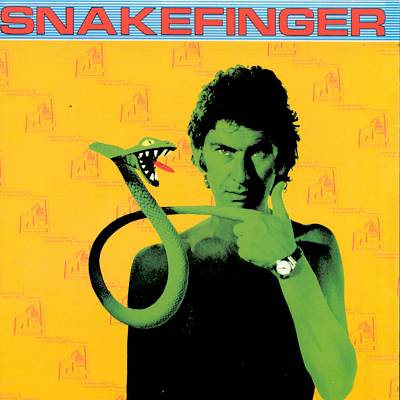 My first boyfriend was a huge fan of Residents’ collaborator Snakefinger and took me to see him play at the Victoria Theater in. The opening band was a group of Rockabilly guys names Silvertone.  I was impressed with their lead singer’s silver guitar, it actually detracted from how cute he was.  We  quickly forgot about him when Snakefinger came on and played. I was only 15, but I’d never really heard anything like it. I picked up Chewing Hides the Sounds right after. Every time I pass by the Victoria Theater now (one of the few surviving things of the Mission district from my childhood), I think of Snakefinger.

Later on I found out that the singer of Silvertone went on to have a solo career under his real name, and he named his first album Silvertone.

Guess who? The lead singer of Silvertone…Chris Issak.

Fast Forward 30 years and I’m flying a lot for work, and I had a lot of upgrade points. But I could never use them because everyone else who travels has a lot of upgrade points. Eventually I just tried to upgrade every flight I ever took, and every once in a while I would get a hit.  Well I was flying to Burbank and I got called up to the desk for my upgrade. The gate attendant looked like she was going to pee her pants. “I’ve seated you next to him” she whispered to me as she handed me my upgraded ticket.  “What? Who?” I asked.  “Him!!!” she said slightly louder.  I had no idea what she was talking about and went to pee before they called boarding. When I got back they called first class, and I followed one other guy down the ramp.  It was a small plane, so there were only two first class seats, one behind the other, and followed by coach class of two side by side seats.  I had to wait for him to sit down before I could move pass to my seat.  As he buckled up I realized “Him” was Chris Isaak.  I wasn’t sitting next to him, just right behind him. The whole flight I was so tempted to poke my head around the seat and yell “HEY DUDE I SAW YOU PLAY 30 YEARS AGO IN SILVERTONE!!” , or “EXCUSE ME, AREN’T YOU THE SINGER FROM SILVERTONE??, or even “YO SUNSET HOMEBOY (he used to live in my neighborhood” But of course, I didn’t have the guts, and flew in silence, leaving the man in peace to learn his lines for the show he was probably taping that day in Burburk.